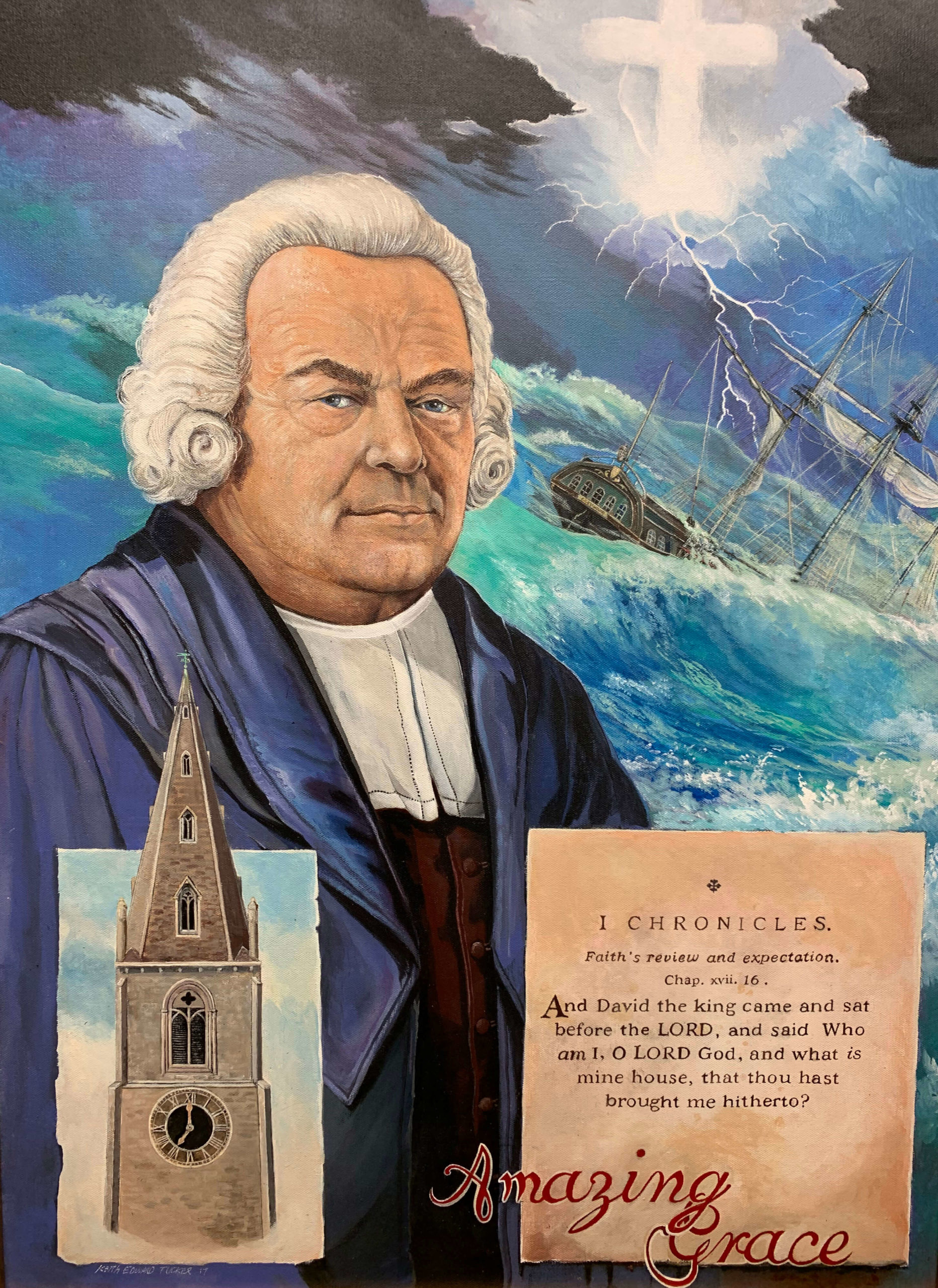 John Newton was the son of an English sea captain. His mother, a deeply pious woman, gave him spiritual instruction until she died when he was only 7 years old. At the age of 11, John went to sea and spent the next twenty years as a sailor engaged in slave trading. His life was spent in the lowest sort of wickedness. At one time he himself was the property of an African woman who fed him only that which she threw under her table.

He was nearly killed several times during terrible storms at sea. During one of those storms his wicked life passed before him and deep conviction caused him to cry out to God for salvation. The next several years were spent in preparation for the ministry. He learned Latin, Greek, and Hebrew; and studied the scriptures intensively.

In 1764 he was appointed pastor in the parish of Olney, England, where he served for sixteen years before moving to St. Mary Woolnoth in the city of London. In addition to his pastoral duties, Newton was an ardent writer. His works included Omicron, Narrative, Review of Ecclesiastical History, and Cardiphonia.

His greatest fame came from his work as a writer of hymns, the most familiar was “Amazing Grace” which depicts in its verses the life story of John Newton.