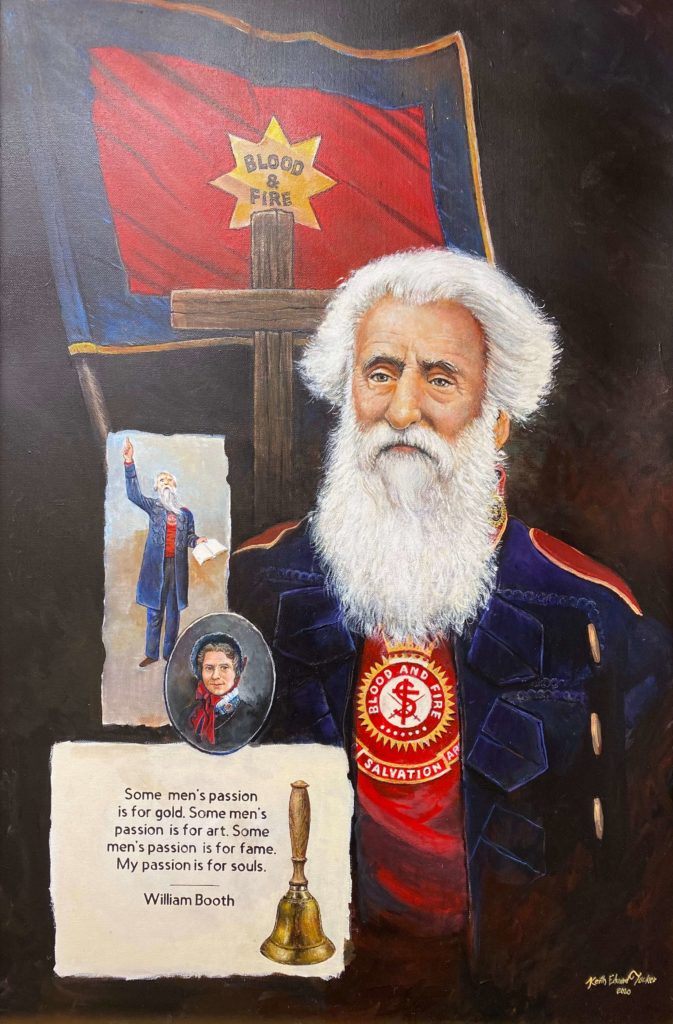 FOUNDER OF THE SALVATION ARMY.

William Booth was born in Nottingham, England. He was converted to Christ through the efforts of a Methodist minister and soon became interested in working with the outcasts and the poor people of Nottingham. He preached on the streets and made hundreds of hospital calls before he was twenty years of age. From 1850 to 1861 he served as a pastor in the Methodist church, after which time he and his wife left the church and stepped out by faith in evangelistic work in East London. It was there that he organized the East London Christian Revival Society. Out of this beginning came the Salvation Army with its uniforms, organization, and discipline. By 1930 there were branches in 55 countries. Its main emphasis under General Booth was street preaching, personal evangelism, and practical philanthropy. More than two million derelicts have professed faith in the Lord Jesus Christ through the work of the Salvation Army since its founding by “The General.”